“It is an honor to have been selected as HomeStart’s next Executive Director,” said Sarah Brinkmann. “I have enjoyed working with Deb at HomeStart over the past few years, and she will be missed. I am looking forward to partnering with our Board and Staff to continue connecting families and neighborhoods to housing resources,” commented Brinkmann.

Sarah has worked for HomeStart since 2015 as the Home Resource Center Manager. Over the last two years, Sarah has played a critical role to the success and growth of HomeStart’s key programs and services. She has also helped facilitate new partnerships and developed new resources for the organization. Prior to joining the HomeStart staff, Sarah worked for Habitat for Humanity of Rockford, in various roles, including operations and volunteer management. She also worked with the investment group at Amcore. Sarah has her BA in Economics and lives with her husband and three children in Rockford.

“Sarah brings a strong commitment and dedication to the organization, and has a passion for the work,” commented Kirk Pearson, HomeStart Board of Directors President. “While we are sad about Deb’s departure, we wish her well and we know that Sarah will also be great for the organization,” continued Pearson.

Deb Elzinga has been the Executive Director of HomeStart (previously Neighborhood Housing Services of Freeport) for 16 years. Elzinga helped establish NHS of Freeport in 1997 while she was employed by the City of Freeport. Since 2001, Elzinga has led the organization through a number of challenges and successes, including the 2013 merger with the Rockford Area Affordable Housing Coalition.

“Along with our wonderful staff and amazing board of directors, we have done some great work together,” commented Deb Elzinga. “When I started back in 2001 we were assisting less than 50 families on an annual basis. Now we are assisting well over 300 – 500 individuals and families with the range of services we offer. Under Sarah’s leadership, I know the organization will continue to do great things,” said Elzinga.

A reception in Elzinga’s honor will take place on Monday, July 17th, 6:00 at Cimino’s Restaurant in Freeport. To attend, RSVP to Stephanie Rains at 815-516-8168, or This email address is being protected from spambots. You need JavaScript enabled to view it..

We envision thriving neighborhoods where everyone has equal access to quality housing opportunities. 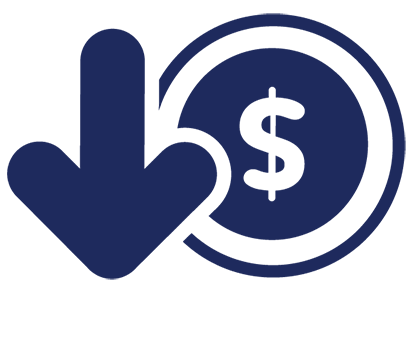